North Fish on the plane…

North Fish on the plane…

When flying Wizz Air or Norwegian you can see  North Fish advertised in their magazines “Wizz” and “n by Norwegian”.

September’s edition of “n by Norwegian” features a selection of restaurants worth visiting while travelling in different countries. North Fish can be seen alongside such establishments as Lille Herbern in Oslo and Sumo in Norway. “Wizz Magazine”, meanwhile, features a creation with Norwegian salmon placed on ice cubes and coal cinders, which emphasises the fresh and natural character of the products. 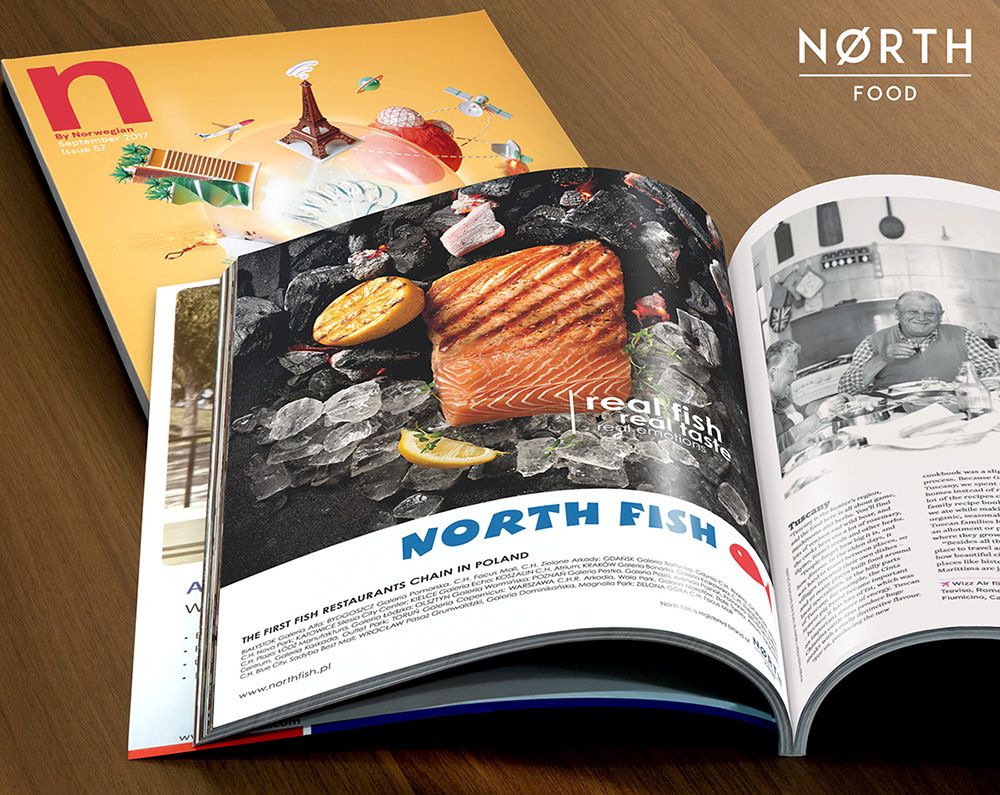 North Fish is a chain of restaurants specialising in fish and seafood. The first was opened in 2002 in the Galeria Echo shopping centre in Kielce. Currently North Fish operates 38 restaurants located in Poland’s best shopping centres, which makes it the country’s unquestioned leader and Europe’s third largest, chain of restaurants offering fish and seafood. Each day nearly 1,000 employees take care to ensure the highest quality of the products served.