More North Fish restaurants are joining in the Too Good To Go aimed at restricting the amount of food wasted In spite of its relatively recent launch on the Polish market, the innovative TGTG application has rapidly achieved great popularity. This is best illustrated by its high fifth place on the list of most downloaded apps from Google Play and the AppStore.

Too Good To Go has also become extremely popular with North Fish, which means that after three months of collaboration the campaign has been launched at 26 restaurants in various Polish cities including Warsaw, Kraków, Poznań, Wrocław, Szczecin, Katowice, Kielce and Elbląg. In the cities mentioned, customers can buy a surprise pack which is sure to contain a fine, tasty meal for 1/3 or less of the regular price, at the same time contributing to the common fight against wasting food.

There is more information about the fight against food waste available on: www.toogoodtogo.pl 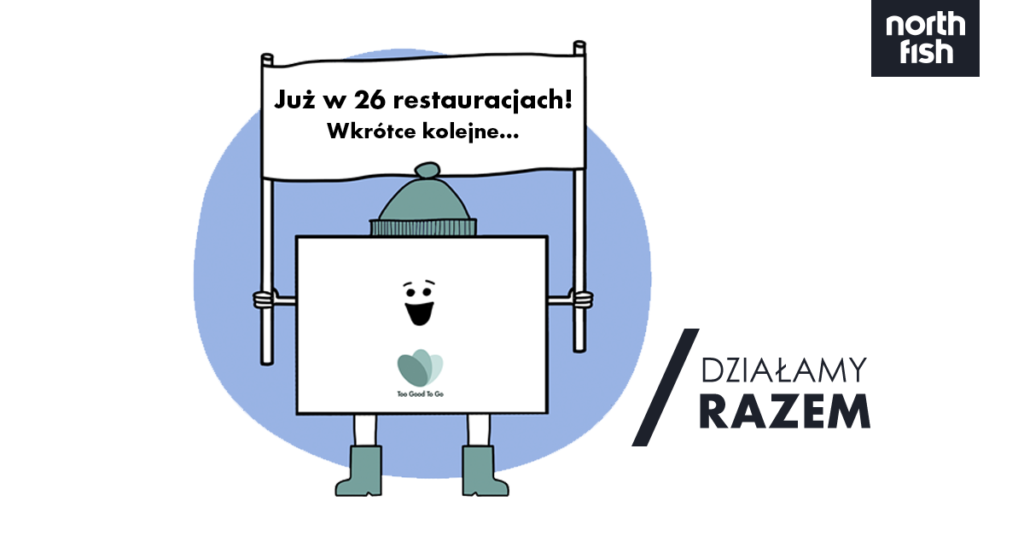 North Fish is a chain of restaurants specialising in fish, seafood and vegetarian dish. The first was opened in 2002 in the Galeria Echo shopping centre in Kielce. Currently North Fish operates 47 restaurants located in Poland’s best shopping centres, which makes it the country’s unquestioned leader and Europe’s second largest, chain of restaurants offering fish and seafood. Each day nearly 1,000 employees take care to ensure the highest quality of the products served.